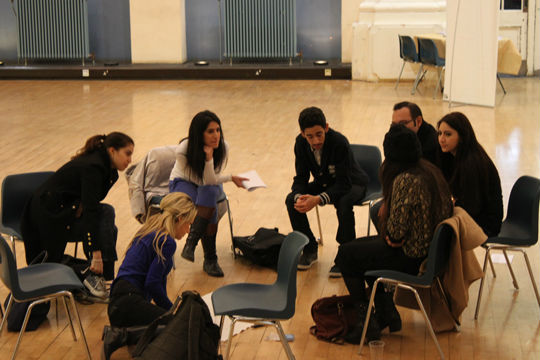 MTO Sufi Society® hosted the ‘Beating the Winter Blues’ event at Goldsmiths University of London on 30th October 2012 and also King’s College, University of London on 14th December 2012. The event focused on promoting health and wellbeing and its importance within Sufism. The event consisted of a series of talks and discussions on health, healthy eating explained through traditional Sufi science and Tamarkoz®. The students who attended had the opportunity to take part in a Tamarkoz® workshop which presented a different perspective to the concept of health. The event was concluded with a presentation by MTO Sufi Society’s Zendeh Delan ensemble®, which featured live music and Sama.