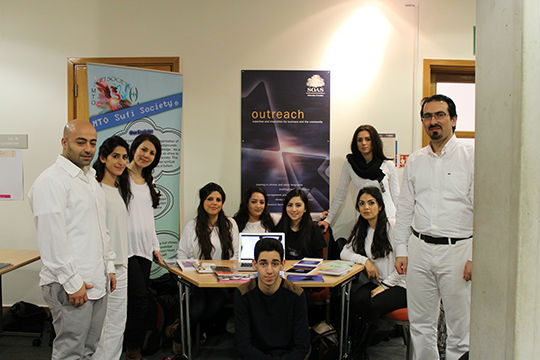 On 28th February 2014, MTO Sufi Society® members took part in the SOAS Interfaith Music Festival; ‘Coexist’. The festival is devoted to encouraging interfaith dialogue and providing the opportunity for faith groups to express their faith through music. A few members of our Zendeh Delan® ensemble had the opportunity to present a zekr, accompanied by live music which was received well by the audience who were eager to join in. The interfaith fair gave the attendees an opportunity to find out more as well as facilitating dialogue between the different groups. MTO Sufi Society® spent the day networking and engaging in dialogue with people of various faiths and also those interested in the teachings of Sufism.