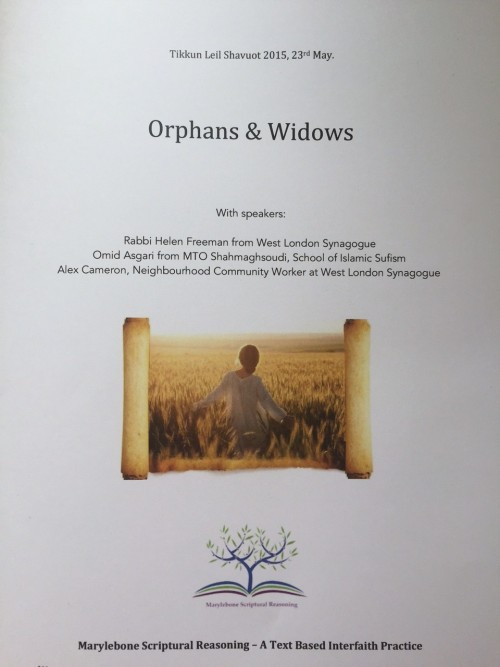 On Saturday 23rd May 2015 members of MTO Sufi Society ® were invited to attend a text based Interfaith Practice organized by Marylebone Scriptural Reasoning which took place during the Tikkun Leil Shavuot at the Liberal Jewish Synagogue in St John’s Wood, London.

It was a thought-inspiring evening of text-based discussions and sharing of ideas, followed by group discussions which involved members of the audience. The theme was Orphans & Widows highlighting the social action principals set forth in Holy Scripture to promote and ensure the safety and well-being of the most vulnerable members of society.